Drum, Acoustic Guitar, Ukulele, and Bass Lessons in the Woodlands area since 1999 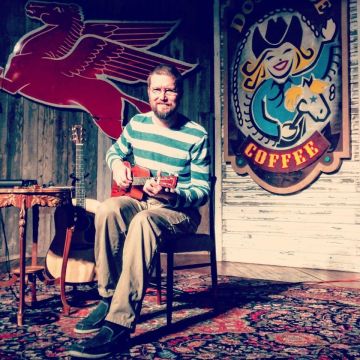 I have been teaching drums, guitar, and ukulele to students of all ages and abilities in the Woodlands area since 1999. I was a co-owner and manager of Pro Music Instruction from 2009-2018. I taught at Music Go Round (The Woodlands) from 1999-2009. From 2020-2022 I taught elementary music education and drums/percussion at Western Academy in Houston, TX. I currently teach 30 students per week and perform 100+ shows per year.

I was born in Houston, TX. When I was 9 my family moved to The Woodlands. A year later, I began playing the drums and guitar. For six years, I studied all styles of drum set and snare drum percussion under the tutelage of Jim Sisson. At the age of 12 I formed my first band. Throughout high school I played and performed in various musical groups. After serving 4 years in the US Army (Military Police), I continued my musical education studying percussion while attending LSU. Since returning to The Woodlands in the mid 1990’s, I have played and continue to play with several original, and cover bands, and have been a sub drummer/guitarist for numerous churches around The Woodlands area. In 2002, I formed the instrumental funk/jazz group Drop Trio . From 2002-2010, Drop Trio released 3 acclaimed albums, recorded with Solange Knowles, embarked on numerous US tours, and received 9 Houston Press awards including “Best Jazz” and “Best Funk.” 2015-2020 I played drums with the original Americana band Market Junction recording one full length album and releasing two singles. I continue to drum for various bands in a subbing capacity. I play guitar/ukulele and sing for solo performances, play drums, guitar, bass for St. Anthony of Padua and Lord of Life Church.